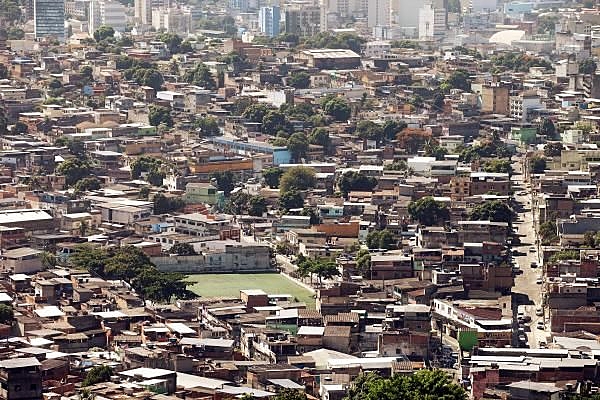 As of April 28, Brazil has reported 67,446 confirmed coronavirus cases and 4,603 Covid-19 deaths. Currently that ranks Brazil at number 10 on the global casualty list and it will likely surge past Russia, Iran, and China this week, placing it alongside Southern Europe and the United States as a global epicenter in the pandemic. Alongside the death toll, talk of impeachment is growing more common by the day as Brazil’s fractured ruling class, state managers, and neoliberal political parties consider replacing far-right President Jair Bolsonaro. On the left, more than one million have signed a petition demanding Bolsonaro’s ouster and trade unions have called for action (within the limits of social distancing) on May 1 as pot-banging protests spread.. Meanwhile, Brazil’s economy is in free fall as its critical energy and export sectors suffer historic collapses in oil and other commodity prices.

Latin American Perspectives translated and published the following statement from the David Miranda, Fernanda Melchionna, and Sâmia Bomfim, all elected federal representatives for the Party for Socialism and Freedom (PSOL) and members of the Left Socialist Movement (MES). Republished by No Borders News as part of our ongoing international coronavirus coverage.

While the national health system collapses and the new coronavirus reaches hundreds of thousands of people, Brazil is facing a struggle against more than one pandemic.

The most recent and dramatic one is that of COVID-19. But the impact of the virus is exacerbated by epidemics of political authoritarianism, social inequality and violence, including gender violence, that punish the country, as an example of what occurs around the world. Under the command of what is perhaps the worst president in the world, the largest country in Latin America is experiencing a dramatic crisis that puts millions of citizens at risk.

It is necessary to take into account the context in which Brazil was affected by the coronavirus. For at least five years, the country has suffered from unbridled economic plunder driven by the ultra-neoliberal adjustment agenda. Although gigantic democratic demonstrations took place in 2013, demanding more rights, the country’s demoralized political class acted in a direction contrary to popular aspirations. This approach started under Dilma Rousseff (PT) and reached unimaginable levels under the coup government of Michel Temer (MDB) and, now, with Jair Bolsonaro (without a party).

During this period, social investments (including in health and research, and strategic areas to face a pandemic) were suffocated, the economy weakened, the National Congress carried out votes that destroyed labor and social security rights, and poverty, misery, unemployment and precarious living conditions have grown enormously.

With Bolsonaro, the political crisis reached an unprecedented level. He is a devotee of the worst national authoritarian and proto-fascist tradition, since the first day at Planalto Palace, he perpetrated scandalous crimes.

In the face of the new coronavirus, presidential conduct is based on the so-called “denialism.” Thus, there is a specific feature in current Brazilian authoritarianism. Unlike other world experiences, in which leaders take advantage of the restrictions caused by the pandemic to modify the democratic regimes of their countries, in Brazil, the threat to democracy is accompanied by the denial of science and of the seriousness of the situation. What we have is a president who wants mass deaths and who, more than “order,” seeks to establish “chaos” as a means to carry out dictatorial plans. Not surprisingly, Bolsonaro has been referred to as genocidal.

At first, he treated the new coronavirus with disdain, calling it a “little flu.” When more than twenty members of his government were infected and he was under suspicion, he hid his test results from the public. Then he turned against his own Minister of Health, who, far from being a progressive agent, at least acted according to technical protocols. The president dismissed him and continued to encourage, against WHO recommendations, measures to reopen trade and social agglomeration. After showing how insensitive he was to the deaths of tens of thousands, he participated in person in coup demonstrations, which defended, for example, the closure of the National Congress and of the Supreme Federal Court.

Brazilians are also bitter about the effects of coronavirus in contrast to social inequality. We are the seventh most unequal country in the world, according to OXFAM, and the richest 5% of the population have monthly incomes equal to those of the rest of the poorest 95%. As a result of this, the mortality rates due to the coronavirus are higher in the peripheries than in the centers of large cities like São Paulo, in addition to affecting the black population in a particularly cruel way.

Social inequality catalyzes the economic drama. With the unemployment rate already above 11% before the pandemic and with almost 50% of the employed population working in the informal sector, now, the effects of the necessary quarantine measures affect, first of all, the most vulnerable groups. It was quite a struggle for  the National Congress to enact a law for an emergency income provided by the State to vulnerable populations, in an insufficient amount ranging from 600 to 1200 reais (that is, from about half a minimum wage to just over one minimum monthly wage). The urgent measure alone does not prevent hunger from attacking many Brazilians. In turn, the national economy is being wounded to death, after a long cycle of transfers of national wealth, deindustrialization and divestment.

It should also be mentioned that, in this context, working women are among the most affected groups. Rates of gender violence and feminicide are rising in Brazil, which is the fifth country that kills the most women in the world, according to the UN. Along with this, women correspond to over 70% of the staff of health professionals who fight against the coronavirus, often without the proper supply of Personal Protective Equipment. When they are at home, they end up overwhelmed with more housework.

[Read next, Vladimir Safatle: Get ready for war in Brazil.]

The hope of overcoming the harsh Brazilian reality is found in the mobilization of poor, oppressed and hardworking people. Although in harsh conditions that make mass demonstrations impossible, strong pot banging protests have taken place and opinion polls show a progressive isolation of support for Bolsonaro. Negative opinions of his government have increased.

Sensitive to this situation, we who, in Brazil, built the Socialist Left Movement (MES) and are federal representatives for the Socialism and Freedom Party (PSOL), along with other party tendencies, presented on 3/18/2020 a request for the impeachment of Jair Bolsonaro at the Chamber of Representatives. There are sufficient reasons to do so. So much so that more than 1 million Brazilians supported the petition, which was signed by parliamentarians, and intellectuals and artists, who are renowned in Brazil and abroad. Along with this, we have been fighting for the many emergency measures necessary to face the health, economic and social crisis.

The defense of impeachment by a socialist party that defends civil liberties also serves to present an alternative to the social and economic chaos that today, sadly, coexists with political squalor. This is because, as a rule, struggles in Brazilian politics have been backed by authoritarian extreme right movements and democratic liberal right movements, who usually have fought among themselves. But as long as we are stuck at this crossroads, we know that no approach to victory for the people can really exist.

[For international news and analysis from a working-class and socialist perspective, read No Borders News.]